You can jump straight to instructions but life is messy and blind copying often doesn’t work.

TLDR Why this happens

Every PNP device has an ID, something like VEN_8086&DEV_06D6&SUBSYS_86941043&REV_00. Each driver has an INF file which lists the devices it can service. Windows keeps a library of known drivers ("Driver Store"). When it discovers a new device it looks through that library for a driver that can handle it.

If Windows finds a compatible driver it installs it and saves the device permanently in the registry. Next time it sees the same device it will load that installed driver directly. The devices are saved in HKEY_LOCAL_MACHINE\System\CurrentControlSet\Enum.

A driver is a program running in the background. When Windows loads a driver for the device it explains which device has to be serviced (by giving it that registry key). The driver then creates a runtime device object. Only one copy of the driver will be running even if it services multiple devices.

So there are three different things:
– Hardware device attached to the PC, known to Windows by its PNP ID
– Registry entry for the device’s PNP ID
– Runtime device object

Hardware device that has no driver won’t get a registry entry and a runtime device object. You can still see such devices in the Device manager with an exclamation mark.

If you detach an installed hardware device its registry entry will remain. But a driver won’t be loaded and a runtime device object won’t be created. You can see such devices if you check "Show hidden devices" in Device manager.

You can check the attached PNP device IDs with a tool like devcon.exe. (Note that Windows won’t see PNP IDs of devices attached further to the devices it has no drivers for).

Boot devices are those that are critical for Windows to boot. Disk controller is a prime example.

This is why you can replace your graphics card and Windows may find new drivers automatically but you cannot simply switch from AHCI to RAID and back. Your "AHCI controller" will disappear and a new "RAID controller" appear; Windows cannot install drivers for this new device at boot time.
You have to boot to install drivers but you have to have drivers to boot.

Thankfully many drivers will discover "their" devices even without registry entries. For these devices it’s enough to have the driver itself registered and started at boot; it’ll create runtime objects, you don’t need to have CurrentControlSet\Enum device keys.

This is why there’s advice to preinstall RAID controller drivers. If you preinstall the drivers and configure them to auto-start despite not having any devices to service (another piece of advice), the drivers just might see their devices and let you boot – where you can install the devices properly.

How Safe Mode is different

There’s advice to enable RAID and boot to Safe Mode first. Why?

In Safe Mode, Windows automatically boots all boot-time drivers even if there are no registered devices that need that. So this advice still needs you to preinstall RAID controller drivers, and it’s the same as configuring those drivers to auto-start, only safer and easier.

Once Windows installs a driver, it creates a key for it in the registry: HKEY_LOCAL_MACHINE\System\CurrentControlSet\Services. This key controls when the driver is started and lists devices associated with it.

Drivers can be forcefully installed by installing their inf files. There’s a number of ways to do that, one is to right-click the file and choose "Install". Another is pnputil /add-driver.
INF files that are installed this way are copied into Windows with names like oem0.inf, oem1.inf etc. You can list all third-party drivers with pnputil /enum-drivers or dism /Online /Get-Drivers or uninstall them with either of these utilities.

The standard advice just may work in many cases:

Why can this process fail?

In both cases it’s not enough to preinstall a driver; you also need a registry key for a device.

Now that you know everything you may imagine a number of solutions such as manually installing iaStorAfs. But here’s a more resilient version.

You now have registry export files with registration information for the RAID controller device. Your have to adjust these files and import them, making this copy of Windows think it saw this device.

What do you need to adjust?

Okay, now you have an offline device for your RAID controller! From here on try these actions, starting from the simplest:

Use pnputil and devcon to manage drivers and devices.

If you’re stuck in a recovery loop (without Windows even attempting to boot into normal mode), do bcdedit /set {current} recoveryenabled No. After that you’ll be getting a bluescreen instead of going into recovery, and what would you think! You can STILL go into recovery from that bluescreen, but you also get a problem description and you can also restart in Safe Mode and other things.

To access the main OS registry from recovery, open regedit, select HKEY_USERS and File > Load hive. Load the Windows\System32\drivers\config\SYSTEM for HKEY_LOCAL_MACHINE from your main OS. It’ll load under HKEY_USERS so importing .reg files won’t work but you can edit things by hand.

For the purposes of this guide drive letters don’t matter. In earlier Windows versions drive letters could become mixed and Windows would fail to find C:\Windows because it’s now D:\Windows. This can still happen later in the boot process but the kernel and the bootloader are now mostly drive letter agnostic, they know how to tell one physical disk-thing from another. If it says INACCESSIBLE_BOOT_DEVICE then it’s really inaccessible. Case study: After some changes I’ve noticed logrotate flushes the main log (as it should) but all gzipped archived copies it creates are empty (20b). Logrotate destroys logs instead of preserving them.
You had one job, logrotate!

And the latter had been symlinked to the former.

It made sense when I wrote that. Cover all the bases. But the way logrotate works, it first scans all paths for files that need rotating and then applies rotation to them all. 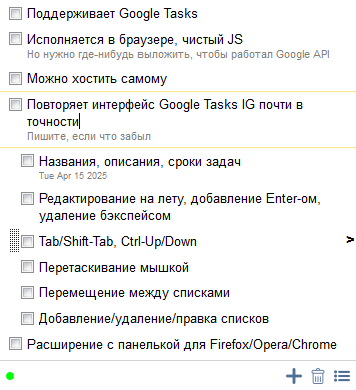